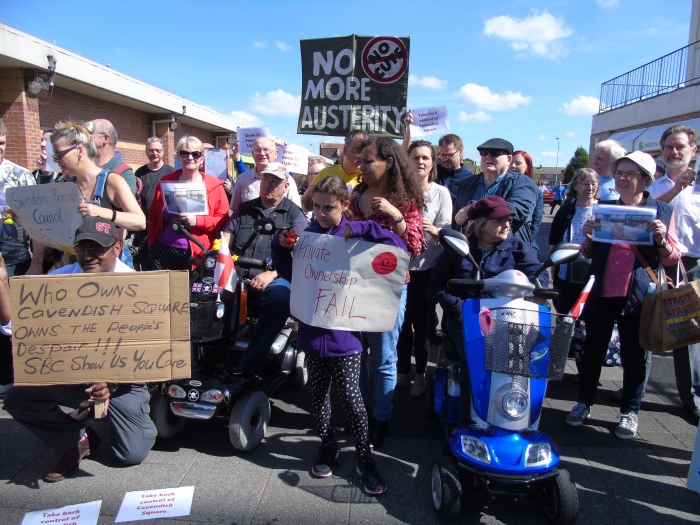 We understand that Swindon Council has agreed the purchase of Cavendish Square with the current owners. Solicitors have been instructed to process the purchase. The Council should shortly become owner of the shops and the square floor. Once they are then the issues which need resolving can be addressed. There is around £85,000 available (from the original bond put in place to pay for the roof) to carry out works on the square.

We expect them to:

This does not include relaying the whole square which is something we have pressed for. As it stands at the moment any costs additional to the £85,000 would need to be agreed by the council. We haven’t given up on this but we obviously want these works done as soon as possible.

If there are any meetings in relation to the works we will let people know.

It remains to thank everybody who has been involved in the campaign. Originally the council’s position was that it could not afford to buy back the land. However, it has previously bought the other end of the square including the Co-op, so it’s position was untenable. The demonstration and the media profile we managed to achieve made a big difference.

We will work to ensure that this work is done to a satisfactory standard. Whilst we won’t count our chickens until they are hatched, this success is the result of community organisation. Previously we had beat off the threat of closure of the library at Cavendish Square. It underlines the importance of getting local people together to fight for our interests. A community that is not organised will be ignored. A community which is organised can achieve results. This is just a glimpse of what we might achieve if more people are involved in local groups.

To get involved with the Parks & East Walcot Community Forum, to keep in touch with what we are doing, email us at martin.wicks@btinternet.com

View all posts by martinwicks